Please Note: This event has expired.

Of Earth and the Ethereal: Music for Harp, Flute, and Cello - An Edna W M McClintock Memorial Concert

Join us for a night of Chamber Music in Jonsson Performance Hall featuring:

Join us for a night of Chamber Music in Jonsson Performance Hall featuring:

Laura Logan Brandenburg, DMA, served as Harp Instructor on the Texas Christian University School of Music faculty from 2001-2020. In addition, she maintained an active pre-college studio through the TCU Music Prep Department, teaching Suzuki harp students age five through young adult. She currently teaches and coaches private students of all ages in her home studio. A highly regarded freelance harpist with over four decades of professional experience, Laura enjoys a wide variety of collaborative performance opportunities in the Dallas-Fort Worth area. She has been a frequent sub with the Fort Worth Symphony Orchestra since 1990 and has most recently served as Principal Harp with the Lewisville Lake Symphony. She held the position of Principal Harp with the Richardson Symphony Orchestra from 1990 – 2010 as well as Principal Harp in the Oklahoma City Philharmonic from 1995 – 1997. She is founder, director and member of the Octavia Harp Ensemble, performing in the Dallas-Fort Worth area and beyond for more than 25 years. Octavia released two CDs on the Traditional Sounds label, “Angels We Have Heard on High,” and “Moonlight Sonata.” Laura delights in performing with Cindy Horstman and Kimberly DeRosa as The Dallas Jazz Harp Ensemble, presenting concerts and educational programs of original tunes and jazz standards arranged for harp trio. Other recent adventures on harp include collaborating with Jeff Walters as The Logan/Walters Harp Duo, performing all original transcriptions and arrangements for two harps. Laura has been performing with flutist Don Bailey since 2017. As a duo, they are uniquely committed to exploring and transcribing new music for flute and harp that expands the boundaries of the repertoire while feeding the artistic soul. Their video CD “Breathing Room” is set to be released in 2021.

Laura has been privileged to work closely with many fine contemporary composers and has been the honoree of two commissioned works for harp and organ: Passacaglia by Joel Martinson was premiered in 1995 and Legend by Charles Callahan was premiered in 2000. In 2016, she had the pleasure of performing the winning composition of the American Harp Society in Dallas Composer Competition, Sketches for Harp by Israeli composer Na’ama Tamir.

Active as a camp clinician specializing in harp ensemble repertoire, Laura presents workshops locally and nationally for several organizations. She has been honored to serve in various positions on the American Harp Society Board of Directors, and is currently on the Board of Directors of the Harp in Worship Conference.

She considers her greatest life’s work to be her two sons, Ethan and Luke, who fell asleep to the sound of harp music every night and never once complained.

A 20-year resident of New York City, Don Bailey recently returned to Dallas, where his career began with SMU’s Voices of Change and the Dallas Bach and Chamber Orchestras. He has enjoyed a diverse career as a performer, professor, festival planner, and board member of several arts organizations, including the Greater Dallas Youth Orchestra. He was solo flutist for Cunard Cruise Lines and currently tours with pianists Dianne Frazer, official pianist for the National Flute Association, and Donald Sulzen of the Munich Piano Trio, with whom he has recorded. He has performed at festivals in Aspen, Colorado, Nice, France, and Spoleto, Italy, among others, and at several National Flute Association conventions. In May 2020, he will join the faculties of the Ischia and Naples (Italy) Chamber Music Festivals.

While serving as archivist for composer Gian Carlo Menotti, Don co-curated and performed on the chamber music concerts at the Festival of Two Worlds in Spoleto, Italy.  Soon after, with members of the Dallas Symphony and Dallas Opera orchestras, he recorded Menotti’s The Old Maid and the Thief, released December 2007 by Albany Records.

Don has been interviewed for Flute Stories, “101 Inspirational Stories by the World’s Best Flute Players”, The Flutist Quarterly, “The Musical Road Less Traveled”, A Flute in My Refrigerator, “Celebrating a Life in Music”, and he was the cover interview of the September 2008 issue of Flute Talk.

Cellist Gayane Manasjan Fullford is a versatile and prolific performer. She has performed as a soloist and chamber music artist throughout the United States including such cites as New York, Boston, Los Angeles, Houston, Austin, Birmingham, San Juan-Puerto Rico, and at the Library of Congress in Washington, D.C. She has also performed throughout Japan and Iceland. She has performed extensively in Vermont where she co founded the Killington Music Festival. An active teacher, Ms. Manasjan maintains a private studio and has given masterclasses at Rice University, the Sakuyo College of Music in Japan, and at the Reykavik College of Music in Iceland. Born in Hollywood, California, Ms. Manasjan is a recipient of an award from the Calouste Gulbenkian Foundation, and holds degrees from the Juilliard School and California Institute of the Arts. Her principal cello teachers include Channing Robbins, Ron Leonard, and Leonard Rose. She has also worked with members of the Juilliard, Hungarian, Cleveland, and Vegh String Quartets. A former member of the Ft. Worth Symphony, she has performed for decades with the Dallas Symphony. She was principal cellist of the Dallas Chamber Orchestra from 1982 through 1995. Ms Manasjan is Artistic Director of Art Music, an annual chamber music concert series, now in it’s eleventh season, in Dallas.

Since the Summer of 2001, he’s been Principal Percussionist with Utah Festival Opera & Musical Theater, based in Logan Utah, and serves as Orchestra Manager. Previous Summers he’s performed at The Barter Theater, Abingdon Virginia, and Galveston Island Outdoor Musicals.

Not being particularly adept at, or all that fond of teaching. Michael pursued a parallel career as a stage-technician. Serving as Technical Director of the Dallas Winds, he’s also Stage-Manager for Voices of Change, Stage-manager for Dallas Chamber Music Society, and has worked at just about every major venue in DFW. He also owns DFW Percussion Rentals, LLC, a backline company providing percussion equipment, orchestral backline, stage-management services, and instrumental transport/cartage services to ensembles and venues in Texas, Arkansas, and Oklahoma.

Connect with this Organization: DONATE

MORE FROM University of Texas at Dallas 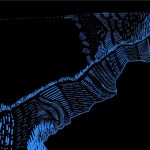 Printmaking Concepts: The Surprise at the Other End of the Press

Presented by University of Texas at Dallas at SP/N Gallery

There are currently no reviews/comments for this event. Be the first to add a review/comment , and let folks know what you think!

This website allows visitors to learn about the many arts events going on in Richardson in a single place. We expect Richardson residents will find ArtsinRichardson.com to be a valuable tool in planning local outings and supporting our many arts groups. Visitors will find out about the vibrant arts community in Richardson.