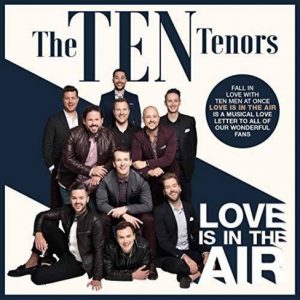 Since The TEN Tenors was first formed in 1995, the group has performed extensively in Australia, overseas and on television, and their signature brand of music featuring 10-part harmonies has been enjoyed by more than 90 million people.

They have headlined more than 2,000 concerts around the world, sold more than 3.5 million concert tickets and become renowned for their dynamic, choreographed performances and skillful ability to seamlessly transition from operatic arias to soulful ballads through to chart-topping pop and rock songs.