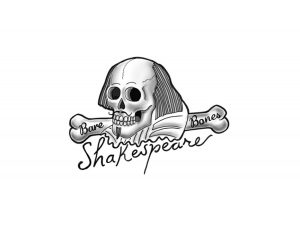 at The Core Theatre

Bare Bones Shakespeare, a new theatre company intent on creating stripped-down, minimalist productions of early modern plays in the DFW area, is proud to announce the first production of its inaugural season, Macbeth by William Shakespeare.

Tempted by the prophecies of three mysterious witches, Macbeth’s ambition to be King of Scotland leads him into a nightmarish world of evil, deceit, and murder. Monstrous actions run rampant as he and Lady Macbeth lose themselves to unstoppable drives of savagery and political atrocity. Bare Bones will use this production to explore gender roles by switching the gender of the main cast, with actresses playing the roles traditionally played by men (Macbeth, Duncan, etc.) and actors playing traditionally female roles (Lady Macbeth, the Witches, etc.).

Bare Bones Shakespeare’s Company-Directed productions use rehearsal techniques common four hundred years ago when Shakespeare was writing and performing his plays.  Actors receive a partial script containing only their lines and cues.  They prepare their characterization and performance individually and arrive fully off-book on the first day of rehearsal.  After only one week of company rehearsals, the play opens.  This exciting, fast-paced process serves to vitalize the production and entice the audience – what on earth will happen on opening night?

Performances will take place at The Core Theatre in Richardson, TX, October 17, 23, and 24 at 8:00 PM and October 18 and 25 at 2:00 PM.  Tickets are available at the door or at www.BareBonesShakespeare.com.  Send enquiries to Julia G. Nelson at BareBonesShakespeare@gmail.com.

There will be a 15 minute intermission.